My Bonham kit is all mic'd up !

Techniques for getting your tone to tape.

Strat78 wrote:Looks like heaven to me. My marriage would be over if I had a hideout like that, I wouldn't even know she left!

You know I can relate!
Top

Friends managed to drag me out last week. Glad they did. I haven't played for over a month

so, it felt great and didn't have to play drums this time around. A friend of ours filled in which allowed me to sport the black '58 ri Epi Korina.
Until I figure out what I'm going to do about the crazy wall voltage, I'm not using a head.
The alternative is a Celestian loaded Crate TD-70 1x12. It has a 12ax7 preamp, and SS power. I patched the 4x12 Big M cab loaded with Blackback's into the combo's external speaker jack. Just gave it sitting on top... gotta' keep up with that 26" bass drum, no doubt. 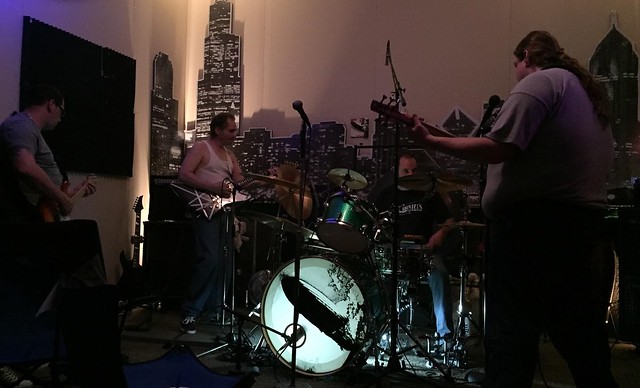 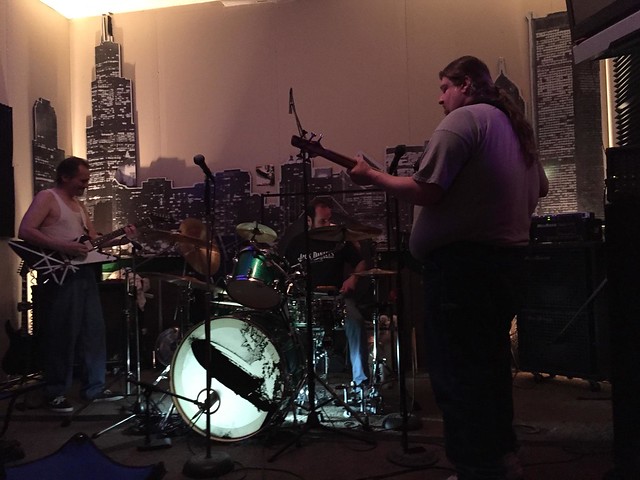 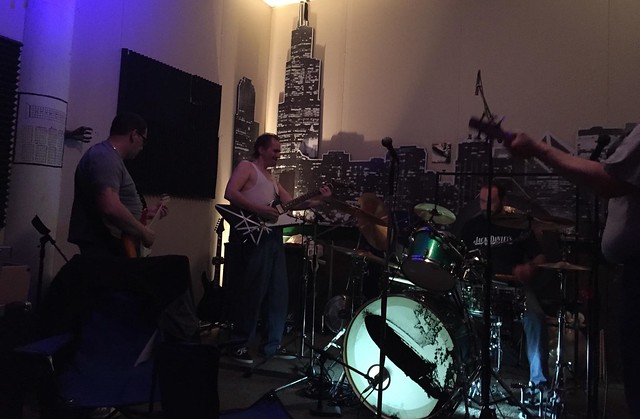 Was at a trade show in the Windy City a few years ago. Looked out my hotel window and saw across the street…”Buddy’s Guys Legends”!!! Dragged an old guy I worked with over after the trade show dinner. It was quiet, early weeknight. I asked the bartender if Buddy ever came in. He says “Yeah, he’s over there” Of course I nearly shit my pants

Wish I knew ya then, JimiJ. Would have been cool to hang out. I did make a side trip to Make ‘n Music. Left with a nice Ronnie Wood Blackbeards Island Greco Zemaitis…

NY Chief wrote:Was at a trade show in the Windy City a few years ago. Looked out my hotel window and saw across the street…”Buddy’s Guys Legends”!!! ..

heh, yeah, you were at the Hilton..... & I work Trade shows there several times throughout the year !!! You gotta let me know !
Buddy's moved down to the other corner North of the block (to your windows right) so, now whenever you visit you can remember how it looked and what it looks like today. The City tore down the old Buddy Guy's (lost lease) and now, it is an outdoor public-special events facility under a metal canopy with electric supply.
I haven't been in or played at the new venue, but here are a few pic's from the 90's

Although I've done plenty of work for Buddy repairing and remdelling his old place and have gotten officialy paid by Buddy... ehh... this gig was a freebee , heh. 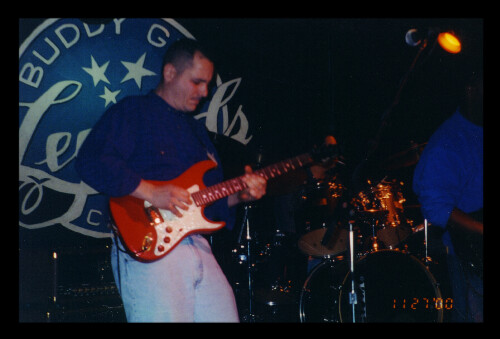 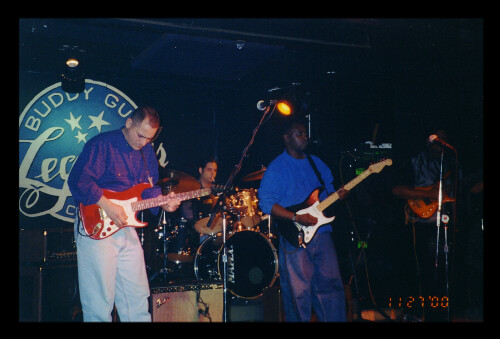 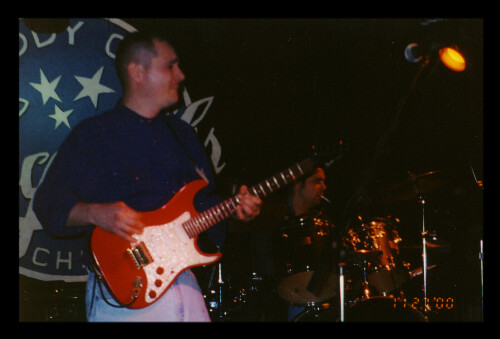 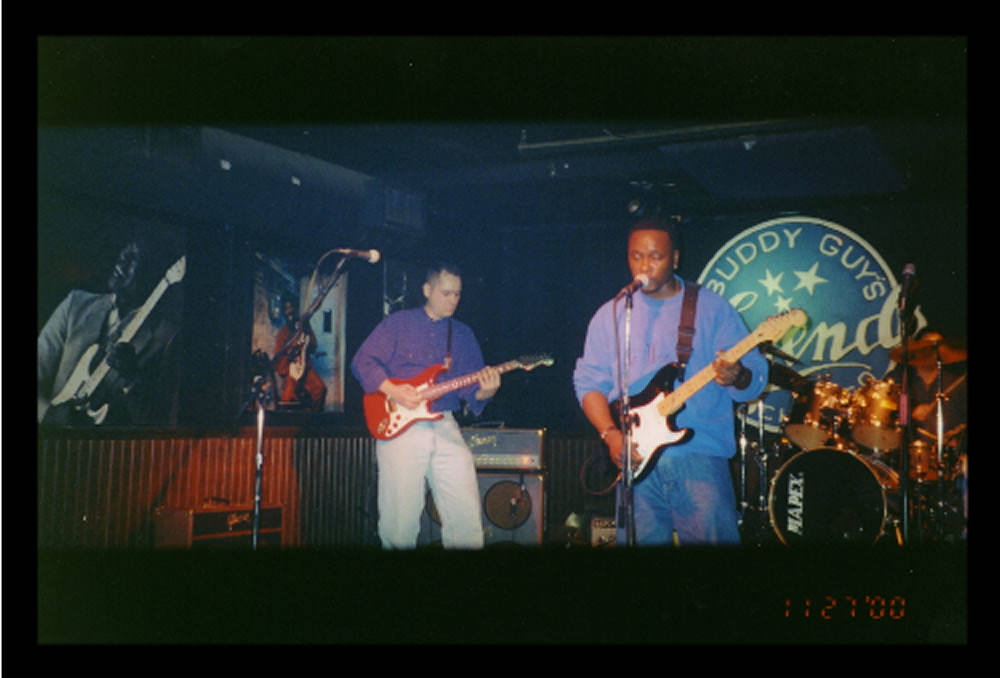 That's awesome he was there for your event, Chief !
Buddy's down to earth and likes to bust stones like anyone else, so you might have dodged a bullet there pal ! lol
He talks to people when he's in town for his Buddy & Special Guest's month, and usualy signs merchandise for fans, (sold up front)
Usually waiting on Eric Clapton to get there coming off his tour.
NFL season he usually has his Martell's up front by the TV for Monday Nite FB, and that's were I normaly sit. I get there early to watch the first half, so there are plenty of places to sit. Have a couple of beers watching the game waiting for my food. That's just before the House Band & Open Mic start.
At times Buddy would sit in the open chair next to me & watch the game. This one time, there had been this obvious bad call by one of the Ref's. Palms up & shoulders shrugged, I look around with the 'Did anyone see that ?" and when Buddy seen the replay, he looks at me shaking his head and says "Man... that's a buuullshit call, man...". I immediately confirm and respond "TERRIBLE !" and went back to my dinner...
Oh.. make'n music has moved as well. Teddy Gordon moved the store to the old GAND Music building. (looks like a hanger) Haven't been in there either. yeayea, IIRC there were a couple of choice Z's at the old place.
The reeeeeeal koooool thing that Teddy did with Gibson, is he places orders for what he thinks will sell to his customer base - and he was right ! I absolutely love this 8.lbs 6oz. '57 Standard (in vid & in the sig). It was a part of a 3 guitar factory order. All slightly different spec, but same paint scheme. I choose the one with the biggest neck (a Louisville Slugger).
Teddy's concept was to have these GoldTop's painted over Black. I eventually realized you could see the metal flake underneath the Black paint when you put it in sunlight.
lol At first I thought it was very dirty from sweat & grime. I tried some elbow grease and when that wasn't working that's when I decided to get a closer look in the sunlight. What a coolass affect. Gibson also offers a CS Sunburst painted Black and destressed so you can see through to the Burst. More visible aound the edges & binding.
Last edited by JimiJames on Sat May 28, 2016 12:54 pm, edited 1 time in total.
RIP Mark Abrahamian-rockstah -classmate/roommate
RIP Ben Wise -StuntDouble- comrade-in-arms
__________________________________________
Build's ♫ Clip's ♪ Vid's
Top

aye Chief, do you know Boro Park ? This snare just arived from there !
Story to follow... 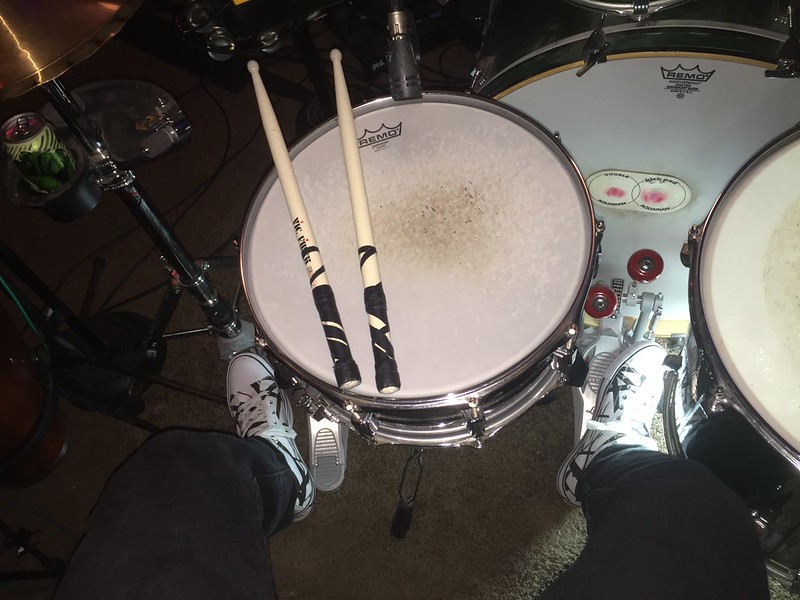 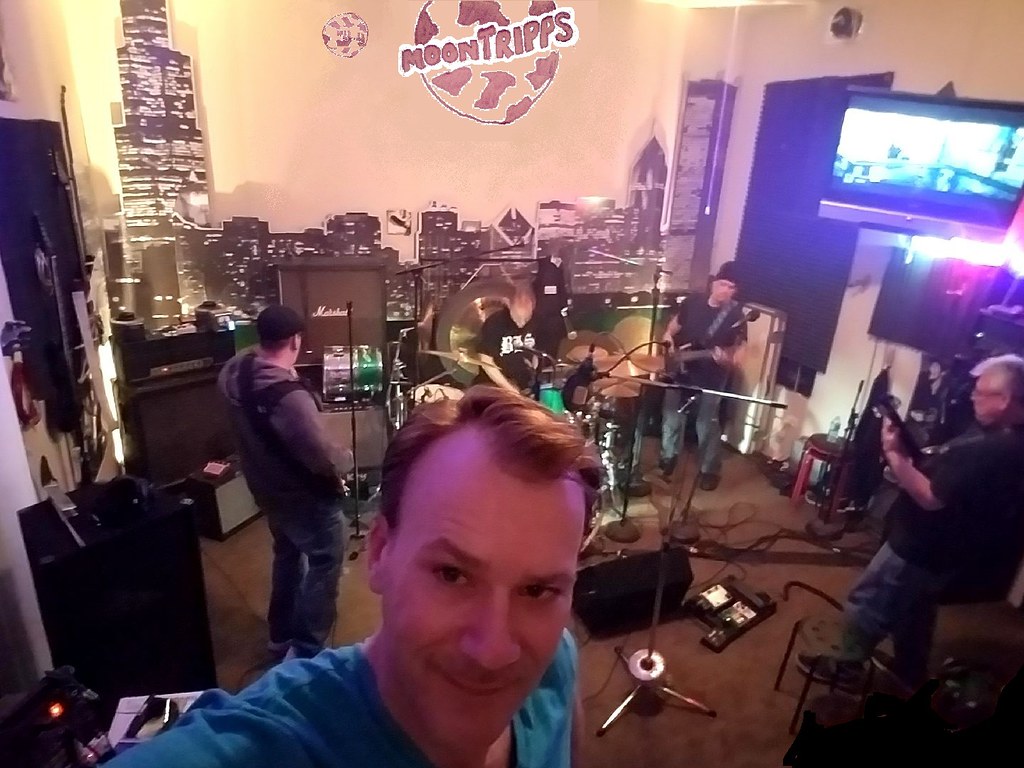 Return to “Sound and Recording”