Everything from original vintage Marshalls to reissues.

I know this isn't the sexiest amp for this forum, but I love this place and George and this info is good for some people to have.

I bought a Marshall DSL15H for $350 brand new off Sweetwater and loved the idea of it: Marshall DSL but 15 watts with 6V6 tubes instead of stupid EL84s. It is a channel switcher. It has the Green channel (no boost) from the big amp and also has the Lead 2 from the Red channel from the big amp too. The problem is that the Green is a touch too clean and the Lead 2 Red channel is just over the top an pretty much unusable. However, the idea of this amp works and using the past 5 years worth of internet history, I performed some mods that really transform this amp into something special. Clips will come later.

What did I change? 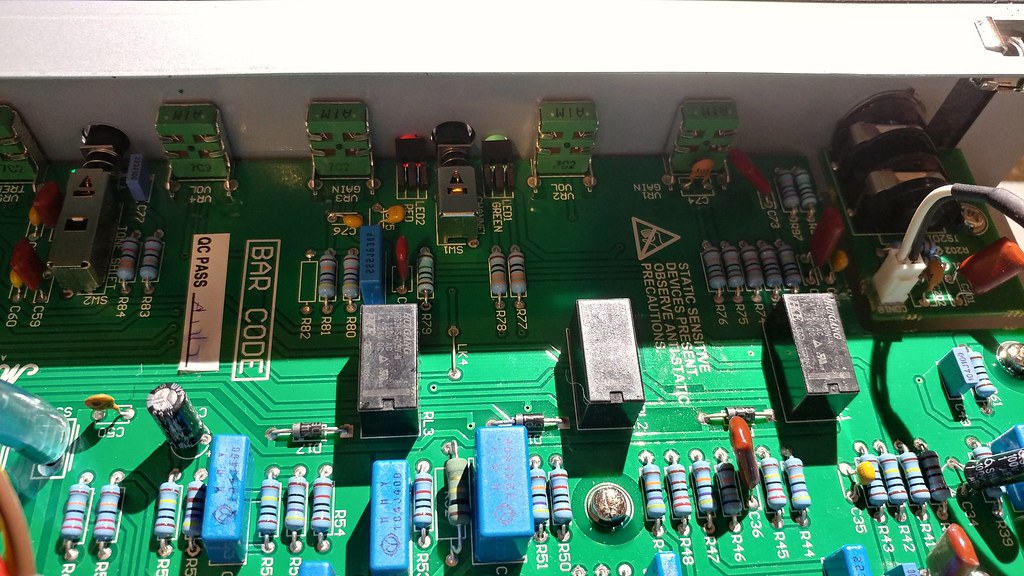 Many, many moons later I am back.

I was not thrilled with how this amp would still break up way too much for my liking. My goal was to get the green channel a bit hotter and then bring some lowend into the red channel and drop the gain some more. Here is what I did:

I dropped R15 down to 68 ohms. This increased green channel gain quite a bit. I would imagine with a hot humbucker and a distortion box it would be plexi-ish. With GFS Mean 90s, I can barely get some drive out of the green channel with it maxxed.

On C34 (low end filtering of the red channel), I wanted more bottom end so I put in a 15K in there to replace the 10K I had originally modded it. Now I feel like the red and the green channel have the same "whoompfh".

I confess to snipping out C75 completely. I put a silver mica 500uf cap in there with the 10M resistor. Again, not totally sure what it did, but I am not mad about it.

I highly recommend people getting an Eico RTMA Resistance Box to change values on the fly. It was really helpful to me.
Top
Post Reply
2 posts • Page 1 of 1