Info about our boards and kits.

Hi , if some persons with a great knowledge could explain it, i'm curious about the different pihers that we can sometimes find.
some say that smaller ones are 1/3w, and some say that they are later 1/2w, ( here's this kind of smaller one, in the middle ) , some are red, some are a bit brown, some have a more squared shape, some a more round shape ...
but among the supposedly 1/3w and 1/2w, i think can see the same lenght, the difference is more about the diameter, and the shape.
it's out of my knowledge...

some more that i received in pictures.

according to piher, the brown or red tan is just because of a different plant used, ut they perform the same.
Top

The rounded ends are older style and the squared off ends are the newer style. Both vintage and both good.
Top

squared one and rounded one, both good ? cool.
along the years, they seemed to make them less thick, more squared, and sometimes brown rather than red.
here it is a picture of some 0,5w from the 70', an 1w from the seventies, and on the far right, a 2w from 1994 !!! half less thick !

Most I see in original packages are distributed by RS. I have 68ks and 100ks in RS "Made in Spain" packaging but they dont say Piher on the package. I have seen Beyschlags in RS packaging that are more squared off. Almost like the ones in the pic. I think Marshall bought alot from RS and you got whatever was in the pack. They were not thinking "Piher" etc. If you go to Ebay right now and click in RS resistor, you will see Stackpole or Allen Bradleys in the RS package. Pihers sound better ad look the best.
Top

i understand. anyway, these are pihers for sure, even a bit squared. yes, i've seen these RS , but they're specified carbon or something, and i think that it doesn't say : made in spain, while RS packs that have pihers inside say : made in spain . 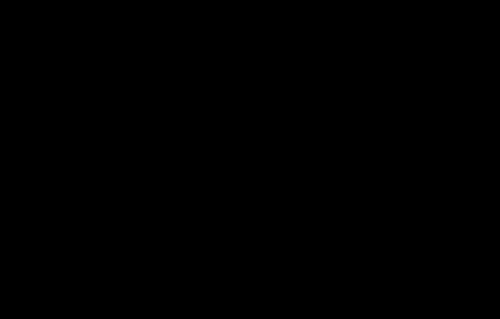 I have thoses exact same packages for Pihers. Made in Spain a the dead giveaway. RS packaged many other names as there own like Beyschlag and Allen Bradley as well.


Xplorer wrote:i understand. anyway, these are pihers for sure, even a bit squared. yes, i've seen these RS , but they're specified carbon or something, and i think that it doesn't say : made in spain, while RS packs that have pihers inside say : made in spain .

Here are some Pihers I just got, but they look really small to me. They are supposed to be 1/2w, but compared to the 1/2w Allen Bradley CC's, they seem tiny. Are the pihers smaller by design?
Top

well, they seem to have been made thiner over the time. yes, it could be, but not sure, it could also be 1/4w ? i don't know if it's possible to test the wattage of a resistor ?
Top

Strat78 wrote:Here are some Pihers I just got, but they look really small to me. They are supposed to be 1/2w, but compared to the 1/2w Allen Bradley CC's, they seem tiny. Are the pihers smaller by design?

There were also 1/3W resistors made, which to me is what these appear to be. I haven't ever had any 1/2W Pihers that small, and many of mine are RS packaged from late 70's early 80's, by which time they would have been at there smallest.

The squarer Pihers are later issue resistors. The more rounded generally means earlier (but not guaranteed). Often Beyschlag are confused with Pihers too. I tend not to trust many of the browner coloured resistors unless they are the right shape, or in packaging (I have both reddish and slightly brownish Made In Spain, RS components resistors that are obviously Pihers). But they're often quite square with very pronounced square end caps, exactly like the Beyschlag.

Strat78, just stumbled over this thread and understand now why you are worried about the piher sizes. The ones in your last picture (the 220k's) look like a rather recent production - definitely not 60's, 70's. As resistors became smaller and smaller with time, i guess it might even be that yours are 1/2w because they're from 90's or so. I hope you didn't pay much for these as it is not what people look for when they build early Marshall amps. I'm noty sure how much the construction differs from the old ones - but, as they are smaller in size, i guess they are quite a bit different.
The 60's and early 70's piher 1/2w were about the same size as 1/2w cc's. If you still need a better reference, i can make a pic of a 1/4w, 1/3w, 1/2w, 1w piher from 60's. And maybe of the various types that i'm sure are from the 60's and 70's era.
You have to be careful - not all that have the rounded shape are automatically older - the ones in your pic are very recent. There's a difference in the coating and the color band color - if it's shiny or matte, reddish or brownich, etc. In fact, one of the oldest piher types from about 66 had also a squared off shape, but a bit different than the early 70's ones. The oldest ones i know can be seen in 65 JTM-45's - they are quite a bit longer at about the same diameter. Your best friend is amparchives.com look for JTM 45/100 pics that are close-up and look on the pihers throughout the board - even on one amp you will see various types - squared of or rather rounded, etc. From what i have laerned, mnine are mostly from the 60's and a few are from the early 70's - like the more squared shape of the 220k's you can get from Alberto.

I know, it's confusing, but there's no easy answer as there was a hugge variance within the same year, etc.
Top

PM me if you're interested in a very High-res image.

Ok, i hope it doesn't add to the confusion, but here is a bunch of piher shapes that i have come accross. The ones beginning from the long 1.5k on the left up to the darker 68k on the right (right before the iskra) are an attempt to order the shapes and colors chronologically. If anyone can correct this order, i'd be very happy to be corrected, as i am not fully sure about the correct order. Either way all of them are from 60's and early 70's and can be foudn in amps on amparchives.com. This is also what the order is based on - depending on the year of amps i see these shapes in. All these in the middle are 1/2w, on the right there is a 1/2w iskra, Allen Bradley cc, "bumble bee" and then 60's Piher 1/3w, iskra 1/3w and Piher 1/4w. Then next to the right there are 2 more early 70's Pihers and then a much more modern one which i think is 1/2w and just like the ones you showed in your pic. And the last to the right is a Beyschlag.
On the left there are 1w piher, iskra, cc, .022uF and .1uF mustards for another size comparison.

From whati researched, the long pihers appear right after Marshall switched over from carbon comps. They show up until 65 in JTM-45's. JTM-45/100's have the second type to the right of the long one - they look similar to the ones that are later 60's/early 70's, but have a different color and the coating seems to have been thicker, so they appear more rounded. Also in the 66 era you can see the 2 very rounded types that show none of that bevel around the edges. Then the late 60's and early 70's shapes start to show more and more edge to the bevel. I can't date exactly that 150k, but the darker 68k which looks identical in shape and construction as the earlier rounder ones, but just has a darker color, is an early 70's too.

I'm also interested in this topic. The ones i got came from RS made in spain packets and these don't have the production year. The production year appears on the big bags with 100's of these - so if anyone came accross these bags, please let us know whcih shapes/colors corresp[ond with which year of production. As i said, i'm pretty sure about the very early ones, 65, 66, 67.

I forgot to add that the biggest confusion arises due to the fact that throughout the mid to late 60's, early 70's both - the sharper and the more rounded shapes appear and it is not possible to make a linear evolution out of it. I guess it might really be the case that there were 2 or more plants that made the resistors a bit differently - therefore you get the slightly edgier ones and the rounder ones in various eras and with a bit diffeent colors, etc. It would be great if someone who has knowledge in general resistor history and development could chime in. Visually, without taking them apart, i think the perceived visual difference comes down to the coating - the rounder ones are fatter and i guess it's just because the coating layer is thicker. Otherwise they seem to be identical and you can guess that the shape of the parts of the resistors is the same and hence this should apply to the construction. Afaik the unique thing about pihers is that the lead doesn't run through the whole body, but is interrupted, unlike iskras, for example.

I think i will tear a few less desirable values down and take apeek inside, but i don't have the time to do it properly at the moment. Maybe some time in july.
Top
Post Reply
20 posts